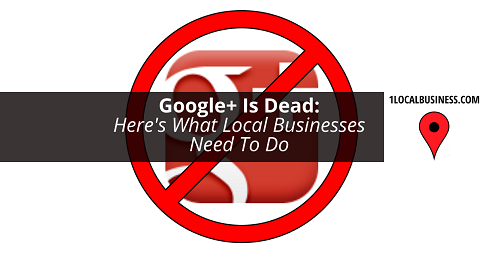 Back in October of 2018 Google announced it was “sunsetting“ Google+ – their failed experiment of a social media platform – for consumers.

Despite how local businesses used Google+ or didn’t, the bottom line is that if you ever used it, whether personal or as your business, you’ll want to be aware of some things.

What Was Google Plus?

Google+ was Google’s failed attempt at a social media platform to rival Facebook.

It was originally the social component of what was then named Google+ Local and has since split from the Google+ package into the standalone Google My Business.

Following the break from +Local, Google+ is widely believed to have been orphaned for the past few years, despite there being some SEO benefit to using Google+.

According to Google 90 percent of Google Plus user sessions last less than five seconds. This was mostly due to Google Plus being attached to apps like Photos, Hangouts, and YouTube.

In order to use & interact with those apps, you needed a Google Plus account.

Why is Google Plus is Going Bye-Bye?

You can read more about this decision here, but basically, because it started off as a ghost town & really never gained much traction – aside from users having an account to use other Google apps.

Google Plus, much like its predecessor(s), never achieved Facebook-like success.

Then after a data breach in March of 2018 that you can read all about here, Google decided that it was best to phase out its failed social media platform – it will cease to exist on April 2, 2019.

Google has a way of making seemingly off-the-cuff decisions to kill projects, update platforms, or resurrect old ones.

To what rhyme or reason we can only speculate, but Google+ is officially dead.

Whether certain elements of the failed social media foray find their way into say Google Maps – much like the recent “follow” function – or any other integration remains to be seen.

So what should local businesses that used Google+ do now?

Odds are you haven’t been actively using G+ for a while now, and if you were you probably didn’t gain much benefit from it aside from the potential aforementioned SEO boost – but that’s a reach.

If you had a G+ personal profile and/or a G+ Business Page, like to keep your online business stuff tidy, and you’re at all concerned with how this Google+ shutdown will affect you, here is what to do.

Here’s What Local Businesses Need To Do

Google My Business for Local Businesses

You should already be actively posting to your Google My Business listing, and your listing should be owned by you, verified & optimized.

Here are a few related links about that stuff:

You should have already received an email from Google, our clients started receiving them around February 1st, 2019. Here is the subject line:

If you accidentally deleted it, or otherwise ignored it, don’t worry.

You probably don’t want the data & content anyway, and if you do just following the directions on the links provided below.
If you have a Google+ profile and a Google+ Business page, you have until April 2, 2019 to do things like:

Now go Post something on Google My Business, there seems to be evidence indicating doing so will positively affect your local rankings. 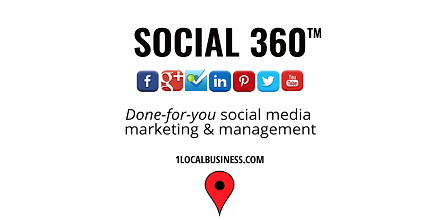